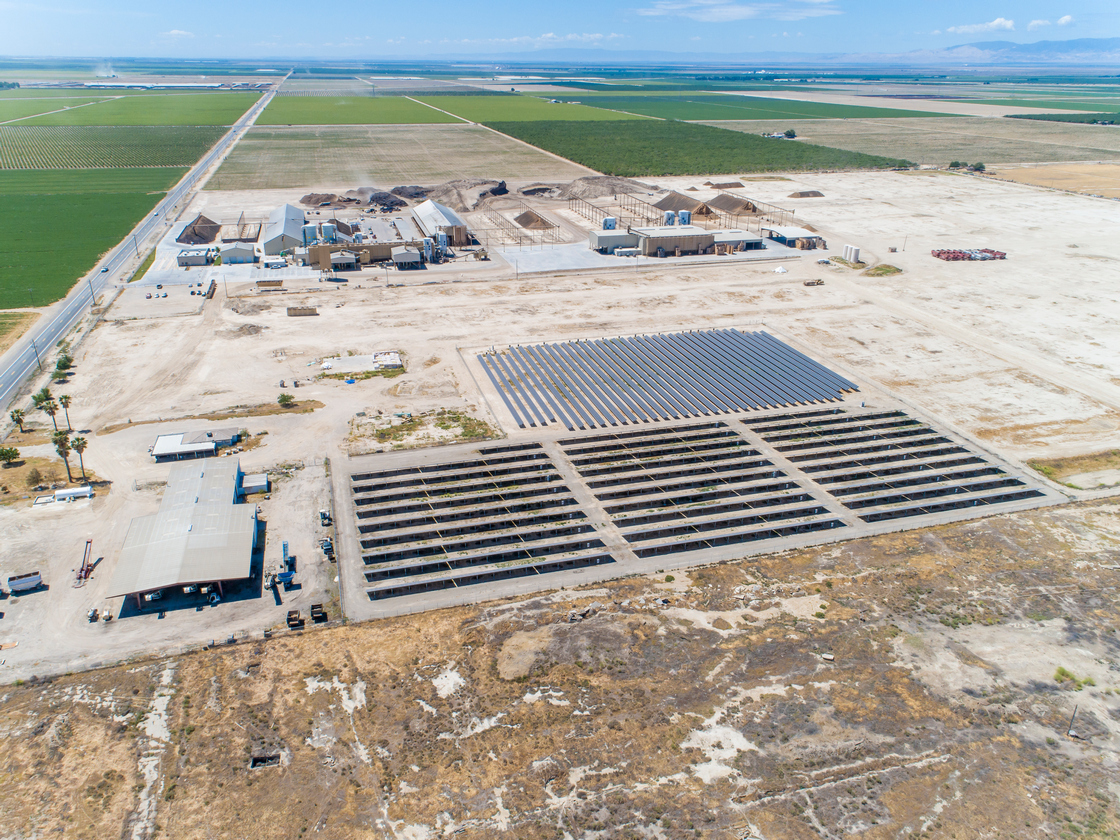 In the past, 10% of Central California Almond Growers Association’s expenses were attributable to the cost of electricity.   As customers of Pacific Gas & Electric the we have desired a hedge against the skyrocketing costs of electrical power.  As such, a business decision was made by the Board of Directors to contract with Cenergy Power, LP to construct photovoltaic systems at our Kerman site to provide some predictability for planning and budgeting in our future.  In the spring of 2016, a Stage 1 fixed solar array was installed.  Since energizing this first array the implementation of solar has clearly demonstrated the financial merits to our business model.  Since the project came online the cost of solar panels has decreased and there have been significant technological improvements to nearly all components utilized within a solar field. Recently, on October 30, 2019 a second Stage 2 solar tracker system of nearly equivalent size was put into operation.

CCAGA annually utilizes 4 megawatts of power to run our shelling operations, offices and shops at our Kerman location.  The solar power generated by our photovoltaic system will offset 70% of the Associations power needs in the future.  Both projects indicate a positive Return on Investment for our Association members after the second year of operation.

Both Stage 1 and Stage 2 sites have been financed as lease arrangements with Farm Credit leasing.  The Stage 1 site is a ten-year lease and the Stage 2 site is a 7-year lease.  In 2026 both arrays will be fully owned and operated by the Association and free of any financial obligation.

President’s Report – COVID-19 and Your Association